Creation or Evolution? The Coelacanth has the answer 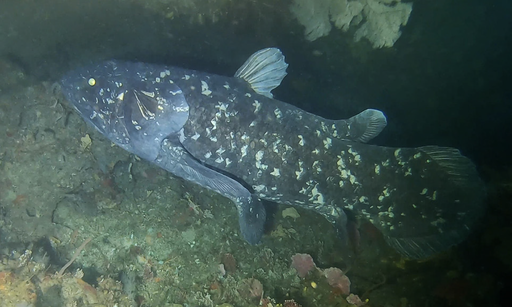 The commonly held belief that the Coelacanth became extinct 66 million years ago was suddenly and unexpectedly turned upside down on the 23rd December 1938 when a live Coelacanth was discovered. The first ‘Latimeria chalumnae’ or ‘West Indian Ocean Coelacanth’ specimen was found off the east coast of South Africa, off the Chalumna River (now Tyolomnqa). They have since been discovered happily swimming around in the West Indian Ocean in the Comoros, Kenya, Tanzania, Mozambique, Madagascar, in iSimangaliso Wetland Park, and off the South Coast of Kwazulu-Natal in South Africa.

We need to pause and consider what has happened here. A fish presumed extinct for 66 million years, was alive and well. But more importantly it showed no sign of evolutionary development, no not one single bit. Now 66 million years is a very, very long time to show no development in evolution. It has been suggested that they lived in a non-aggressive evolutionary environment, but evolution requires the survival of the fittest and any non-aggressive evolutionary environment would soon be devoured by aggressive species fighting for their survival, especially over 66 million years. However these other aggressive species seem to have passed off the scene, so it doesn't need to be the fittest to survive.

Think about it – no development in its brain or internal organs, no development of its fins to be better ones for survival. It's obvious that it must have been a fully formed fish, working properly 400 million years ago.

However, this story was to take another strange twist which puts into it perspective with the discovery of a second subspecies, the ‘Indonesian Coelacanth’, which was described in Manado, North Sulawesi, Indonesia in 1999 by Pouyaud et al. based on a specimen discovered by Mark V. Erdmann in 1998 and deposited at the Indonesian Institute of Sciences (LIPI).

Now just think about it: here are two subspecies of a supposedly extinct species of fish showing no signs of evolution since its supposed extinction 66 million years ago. Why? Perhaps the fossil record and the live species show that they were created and their internal organs worked first time.

There are many examples from nature of animals and plant life not evolving over seemingly millions of years. Ferns, for example, have existed for the last 180 million years and still look like a fern we know today. The Japanese umbrella-pine is a Japanese Conifer unevolved in the fossil record for 230 million years. Some of these are known as “living fossils” or “Lazarus taxon”.

Another example similar to the Coelacanth is the Wollemi pine (Wollemia), a genus of coniferous tree in the family Araucariaceae; previously known only from fossils from 2 to 90 million years ago, rediscovered in 1994, in a temperate rainforest wilderness area of the Wollemi National Park in New South Wales, in a remote series of narrow, steep-sided sandstone gorges 150 km (93 mi) northwest of Sydney. Again, like the Coelacanth, they show no signs of evolution.

In the beginning, God created the heavens and the earth.
...
And God said, “Let the waters swarm with swarms of living creatures, and let birds fly above the earth across the expanse of the heavens.” So God created the great sea creatures and every living creature that moves, with which the waters swarm, according to their kinds, and every winged bird according to its kind. And God saw that it was good.

then the LORD God formed the man of dust from the ground and breathed into his nostrils the breath of life, and the man became a living creature.

Science cannot explain how animals started to live. The Bible describes how God started that process of living by breathing oxygen into humans. Until then Adam was just a lifeless body.

For thus says the LORD,
who created the heavens
(he is God!),
who formed the earth and made it
(he established it;
he did not create it empty,
he formed it to be inhabited!):
“I am the LORD, and there is no other...”

God has created it not in vain, but to be inhabited by those showing his glory. Unlike the wicked, sick, fearful society in which we live now. But that's another story.

What the text books said (wrongly!)

“The Coelacanth is an interesting Lungfish related lobed-finned fish that died out in the evolutionary time scale about 66 million years ago, in the late Cretaceous period after coming into the picture about 400 million years ago. [In this article we will use the commonly-used time periods, irrespective of any issues in the processes used and resulting accuracy.]

“The word Coelacanth is an adaptation of the Modern Latin Cœlacanthus ("hollow spine"). It is a common name for the oldest living line of Sarcopterygii, referring to the hollow caudal fin rays of the first fossil specimen described and named by Louis Agassiz in 1839.The genus name Latimeria commemorates Marjorie Courtenay-Latimer, who discovered the first specimen. Many fossilised remains of this species of fish have been found across the globe from Australia to the USA.”